From The Wall Street Journal:

The prize, open to artists who live or work in Brooklyn, also includes a museum exhibit and public installation

This June, the museum will award a $25,000 prize to an emerging artist who works or lives in Brooklyn.  Along with the money, the winner gets a solo exhibition in the museum and the opportunity to create a 50-foot public installation on the facade of a new art storage facility in the Bushwick section of the borough…. Read More

Continuing a legacy built on quality, The Canvas Art Gallery integrated the Shutterstock API to expand library with visuals from world-class contributors.

To mark the 500th anniversary of Leonardo da Vinci’s death on May 2, 2019, Apollo Publishers will release a groundbreaking new study that lifts the veil on an enduring mystery: how did Leonardo, a painter of few works who died in obscurity in France while overshadowed by his rivals Michelangelo and Raphael, become the star icon that he is today?  The release is timed to coincide with Pantheon Studios release of “The Search for the Mona Lisa” ” narrated by Morgan Freeman and featuring Alessandro Demcenko as Leonardo da Vinci.

International Art Museum of America (IAMA) in San Francisco today announced that on March 18, 2019, the painting “Pomegranates in a Bamboo Basket” by Dr. Yuhua Shouzhi Wang was sold at the exceptional price of US$1.27 million during the spring auction at Gianguan Auctions in New York. Dr. Wang has been recognized by the New York Academy of Art as an international first-class artist. The auction price of this small painting, which is only twenty-seven by eighteen inches, astounded the art market! 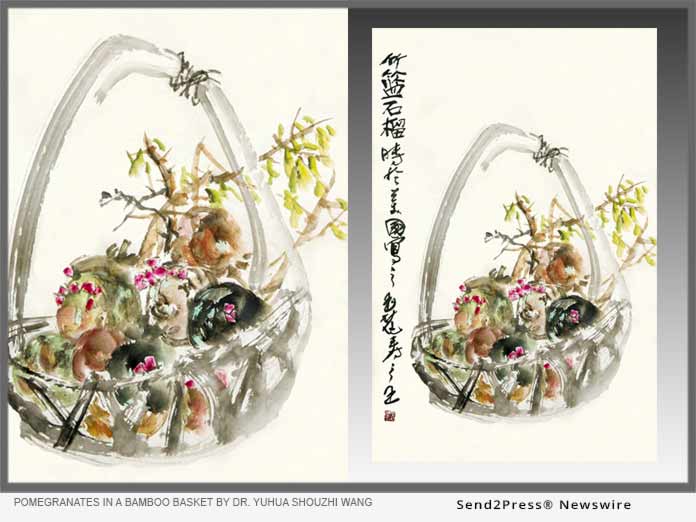